“Every member of a parent population has had equal chances of being included “Dr. Yates.

“A random sample is a sample selected in such a way that every item in the population has an equal chance of being included”-Harver.

The different types of probability sampling are

Question 2.
Write a short note on sampling distribution and standard error.
Solution:
Sampling distribution: The sampling distribution of a statistic is the frequency distribution which is formed with various values of a statistic computed from different samples of the same size drawn from the same population.
For instance if we draw a sample of size n from a given finite population of size N, then the total number of possible samples is \(^{\mathrm{N}} C_{n}=\frac{\mathrm{N} !}{n !(N-n) !}=k\) (say). For each of these k samples we can compute some statistic, t = t(x1, x2, x3 ,… xn), in particular the mean \(\bar{X}\) the variance S2, etc., is given below 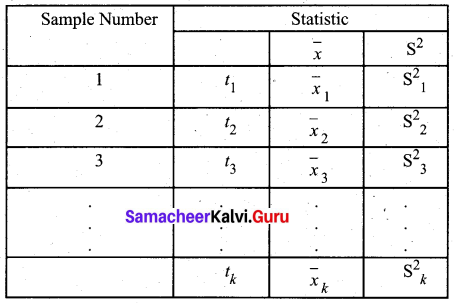 Standard Error:
The standard deviation of the sampling distribution of a statistic is known as its Standard Error abbreviated as S.E. The Standard Errors (S.E.) of some of the well-known statistics, for large samples, are given below, where n is the sample size, σ2 is the population variance. 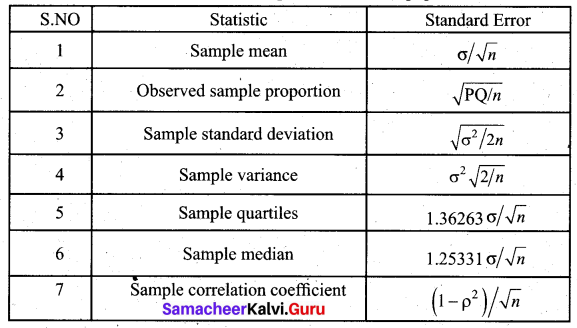 Question 3.
Explain the procedures of testing of hypothesis.
Solution:
Hypothesis testing addresses the important question of how to choose among alternative propositions while controlling and minimizing the risk of wrong decisions. A hypothesis which is tested for possible rejection is called null hypothesis H0 and the hypothesis which is opposite to this is the alternative hypothesis H1. There are two basic types of decision problems that can be considered in a hypothesis testing procedure.
(a) whether a population parameter has changed from or differs from a particular value.
(b) whether the sample has come from the population that has a parameter value less than or more than the hypothesized value.

The set of all possible values of the sample statistic is referred to as the sample space. The test procedure divides the sample space into two parts called the acceptance region and rejection region (critical region). In the case of the two-tailed test, we find two values C1 and C2 which set the limits on the amount of sampling variation consistent with the null hypothesis H0. For the one-tailed test, we find only one value C1 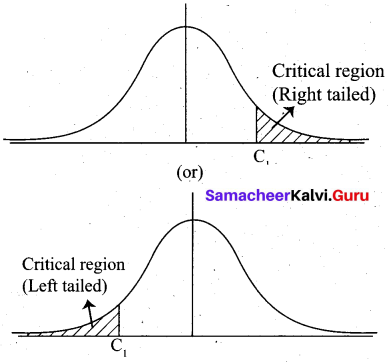 Question 4.
Explain in detail the test of significance of a single mean.
Solution:
A random sample of size n (n ≥ 30) is drawn from a population. We want to test the population mean has a specified value µ0.
Procedure for testing: (For two-tail test)
The null hypothesis is H0 : µ = µ0.
The alternative hypothesis is H1 : µ ≠ µ2
Since n is large the sampling distribution of \(\bar{x}\) (the sample mean) is approximately normal.
The test statistic 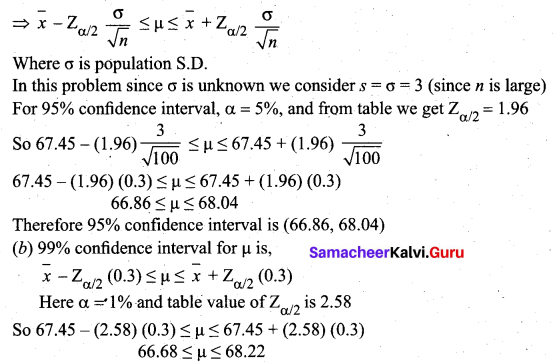 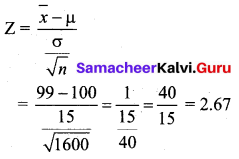