Question 1.
The following set of reactions are used in refining Zirconium 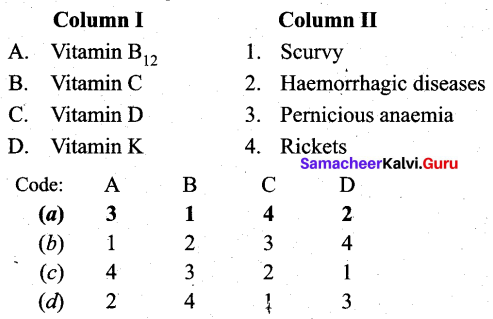 Question 16.
Give the uses of zinc.
Answer:

Question 18.
What is Zeigler -Natta catalyst? In which reaction it is used? Give equation.
Answer:
A mixture of TiCl4 and trialkyl aluminium is Zeigler – Natta catalyst. It is used in the polymerization.

Question 19.
Give any three characteristics of ionic crystals.
Answer:

Question 20.
How is surface area of the reactant affect the rate of the reaction?
Answer:

Question 22.
Arrange the following in the increasing order of their boiling point and give a reason for your ordering: Butan – 2- ol, Butan -l-ol, 2 -methylpropan -2-ol
Answer:
Boiling points increases regularly as the molecular mass increases due to a corresponding increase in their Van der waal’s force of attraction. Among isomeric alcohols 2°-alcohols have lower boiling points than 1 “-alcohols due to a corresponding decreases in the extent of H-bonding because of steric hindrance. Thus the boiling point of Butan – 2- ol is lower than that of Butan – l-ol. Overall increasing order of boiling points is,
2-methylpropan-2-ol < Butan-2- ol < Butan – l-ol

Question 23.
What are the uses of Benzaldehyde?
Answer:

Question 24.
What are anti fertility drugs? Give examples.
Answer:
Artificially drugs are chemical substances which suppress the action of hormones that promote pregnancy. These drugs actually reduce the chances of pregnancy and act as a protection. Antifertility drugs are made up of derivatives of synthetic progesterone or a combination of derivatives of oestrogen and progesterone.
Example : Ethynylestradiol, menstranol and norethynodrel etc.

Question 27.
Draw and explain about the structure of chromate and dichromate ion,

Question 28.
Why ionic crystals are hard and brittle?
Answer:
The ionic compounds are very hard and brittle. In ionic compounds the ions are rigidly held in a lattice because the positive and negative ions are strongly attracted to each other and difficult to separate. But the brittleness of a compound is now easy to shift the position of atoms or ions in a lattice. If we apply a pressure on the ionic compounds the layers shifts slightly. The same charged ions in the lattice comes closer. A repulsive forces arises between same charged ions, due to this repulsions the lattice structure breaks down chemical bonding.

Question 29.
Paracetamol is prescribed to take once in 6 hours. Justify this statement.
Answer:

Question 33.
(i) What class of drug is Ranitidine?
(ii) If water contains dissolved Ca ions, out of soaps and synthetic detergents, which will you use for cleaning clothes?
(iii) Which of the following is an antisepctic? 0.2% phenol, 1% phenol.
Answer:
(i) It is an antacid.
(ii) In this case we use synthetic detergents because it give foam with hard water.
(iii) 0.2% solution of phenol acts as antiseptic.

Question 34.
(a) (0 Explain the concentration of copper pyrites and galena ores. (3)
(ii) Out of LU(OH)3 and La(OH)3 which is more basic and why? (2)
(b) Explain the preparation of silicones. (5)
Answer:
(a) (i) Froth floatation: This method is commonly used to concentrate sulphide ores such as galena (PbS), zinc blende (ZnS) etc. In this method, the metallic ore particles which are preferentially wetted by oil can be separated from gangue. 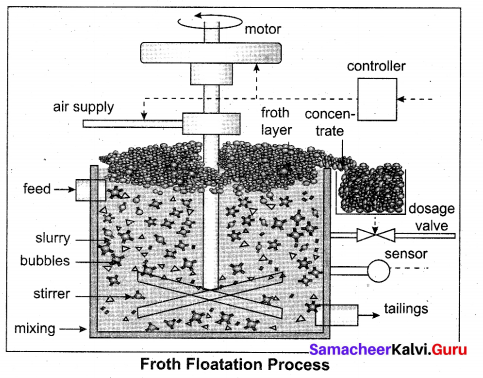 In this method, the crushed ore is suspended in water and mixed with frothing agent such as pine oil, eucalyptus oil etc. A small quantity of sodium ethyl xanthate which acts as a collector is also added. A froth is generated by blowing air through this mixture.

The collector molecules attach to the ore particle and make them water repellent. As a result, ore particles, wetted by the oil, rise to the surface along with the froth. The froth is skimmed off and dried to recover the concentrated ore. The gangue particles that are preferentially wetted by water settle at the bottom.

When a sulphide ore of a metal of interest contains other metal sulphides as impurities, depressing agents such as sodium cyanide, sodium carbonate etc are used to selectively prevent other metal sulphides from coming to the froth. For example, when impurities such as ZnS is present in galena (PbS), sodium cyanide (NaCN) is added to depresses the floatation property of ZnS by forming a layer of zinc complex Na2[Zn(CN)4] on the surface of zinc sulphide.

The hydrolysis of monoalkylchloro silanes RSiCl3 yields to a very complex cross linked polymer. Linear silicones can be converted into cyclic or ring silicones when water molecules is removed from the terminal -OH groups.

Question 35.
(a) Bleaching action of chlorine is permanent – Justify this statement and also give the uses of chlorine. (5)
[OR]
(b) (i) Complete the following (3)

(ii) What is linkage isomerism? Explain with an example.
Answer:
(a) Chlorine is a strong oxidising and bleaching agent because of the nascent oxygen.
H2O + Cl2 → HCl + HOCl (Hypo chlorous acid)
HOCl → HCl + (O)

Question 36.
(a) (i) What is the two dimensional coordination number of a molecule in square close packed layer? (2)
(ii) Derive the integrated rate law for a first order reaction? (3)
[OR]
(b) (i) Define solubility product. (2)
(ii) What is the pH of an aqueous solution obtained by mixing 6 gram of acetic acid and 8.2 gram of sodium acetate and making the volume equal to 500 ml. (Given: Ka for acetic acid is 1.8 × 10-5) (3)
Answer:
(a) (i) Square close packing : When the spheres of the second ” row are placed exactly above those of the first row.
This way the spheres are aligned horizontally as well as vertically. The arrangement is AAA type. Coordination number is 4.
(ii) Areaction whose rate depends on the reactant concentration raised to the first power is called a first order reaction.
First order reaction is A → product 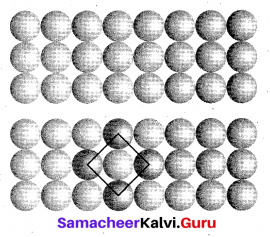 Rate law can be expressed as, Rate = k [A]1
Where, k is the first order rate constant

Integrate the above equation (1) between the limits of time t = O and time equal to t,
while the concentration varies from initial concentration [A0]to [A] at the later time.

This equation (2) is in natural logarithm. To convert it into usual logarithm with base 10,
we have to multiply the term by 2.303

(b) (i) Solubility product : It is defined as the product of the molar concentration of the constituent ions, each raised to the power of its stoichiometric co-efficient in a balanced equilibrium equation.

(ii) According to Henderson — Hessalbalch equation,

Question 37.
(a) (i) Why for CH3COOH cannot be determined experimentally? (2)
(ii) Write about the classification of organic nitro compounds. (3)
[OR]
(b) Describe about condensation methods of preparation of colloids. (OR)
Describe chemical methods of preparation of colloids. (5)
Answer:
(a) (i) Molar conductivity of weak electrolytes keeps on increasing with dilution and does not
become constant even at very large dilution. 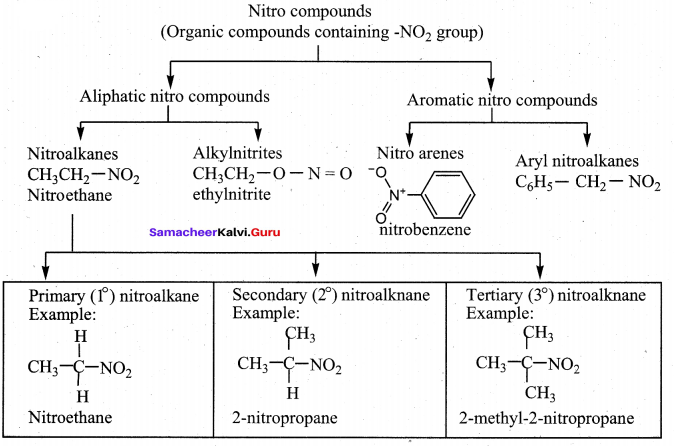 (b) When the substance for colloidal particle is present as small sized particle, molecule or ion, they are brought to the colloidal dimension by condensation methods.
i. Oxidation method:- When hydroiodic acid is treated with iodic acid I sol is obtained.
HIO3 +5HI → 3H2O + 3I 2(sol)

iv. Double decomposition:- When hydrogen sulphide gas is passed through a solution of arsenic oxide, a yellow coloured arsenic sulphide is obtained as a colloidal solution.
As2O3 + 3H2 → As 2S3 + 3H2O

Question 38.
(a) (i) What is Clemmensen reduction ? Explain it. (2)
(ii) Write the structure of the major product of the aldol condensation of benzaldehyde
with acetone. (3)
[OR]
(b) (i)How will you convert nitrobenzene into (2)
1. 1,3, 5 – trinitrobenzene 2. o añd p- nitrophenol
(ii) Differentiate between Globular and fibrous proteins. (3)
Answer:
(a) (i) Aldehyde and ketones when heated with zinc amalgam and concentrated hydrochloric acid give hydrocarbons. This reaction is known as Clemmensen reduction.

2. Conversion of nitrobenzene into o and p- nitrophenol:
Nitrobenzene heated with solid KOH at 340 K gives a low yield of a mixture of O-and P-nitrophenols.