PART – I
I. Choose The Correct Answer

Question 6.
People everywhere can express and publish their ideas and opinions via …………………………
(a) Tele-medicine
(b) blogging
(c) Server
(d) Node
Answer:
(b) blogging

Question 8.
One among them was challenging to the business people on computer networking
(a) Hacking
(b) Viruses
(c) Both a & b
(d) none of the above
Answer:
(c) Both a & b

Question 12.
Which one of the following is not the social media
(a) Gmail
(b) Facebook
(c) twitter
(d) Linkedin
Answer:
(a) Gmail

Question 15.
Which one were harmful to computer?
(a) Bloggers
(b) Browser
(c) Hackers
(d) twitter
Answer:
(c) Hackers

Question 1.
Define Computer Network?
Answer:
A set of computers connected together for the purpose of sharing resources is called a computer networks.

Question 4.
List out some features of mobile network?
Answer:
Features of Mobile Networks:
1. Less consumption of power is used by mobile devices comparing with a single mitter or satellite often cell towers were nearer.

2. Huge capacity than a large mitter, at single frequency can be used for different or many links as long as they are in different in cells.

3. Covering large area than a single mitter, we can add more towers indefinitely and cannot be limited by any horizon limits.

Question 5.
Difference between wired and wireless networks?
Answer:
Networks at home were connected in two ways they are:

A Wired network system connected with a network cable. For example speakers, CCTV, printers, outdoors, and scanners etc., with cables.

A Wireless network is connecting devices like tablets(tab), indoor cameras and E-readers, etc., without cables (WiFi).

Question 2.
What is the usage of cloud storage and cloud computing?
Answer:
Cloud Storage:
Cloud Storage is without any Just a storage of data on online. It can be accessed from different area geographical limits

Question 4.
List out some users of social networks?
Answer:
Social networking lead us some extremely useful benefits to their individuals and communities:

(i) Group information sharing over long distances:
1. Although friends and family members can keep in contact via mobile phone calls or by text messages, social nets suggestion a much richer environment for staying connected. To many scenarios such as sharing photo albums videos or convey their wishes someone, work better these networks because an entire group can participate together with one.

(iii) Fostering diversity of thought:
1. Some critics of social networks point out that online communities attract people of similar interests and backgrounds.

2. when people with different opinions do get together online, many discussions seem to degenerate into personal attacks and so-called “flame wars.” It can be argued, by online debates are healthy in the long run.

A set of computers connected together for the purpose of sharing resources is called computer networks. At present, the Internet is the most common resource shared everywhere. Some of the shared resources are file server, web camera, speakers, printer, scanner, fax machine, etc., Accessing services such as WWW (World Wide Web), Digital audio, Digital video which are shared t use applications, software, and storage servers. All are well-known the term Internet Networks of the network is called the Internet. 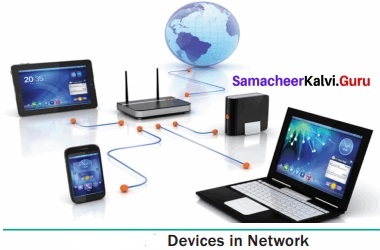 Question 2.
Explain the growth of computer networking?
Answer:
Nowadays computer network technology was developing in very interesting ways. Some keys developed that have occurred over the past several years included.
1. Growth in the popularity of cloud storage and cloud computing. On behalf of buying physical copies of games, music, and movies, increasingly downloading (or streaming) and buy digital licenses their need via the Internet.

2. Developments on mobile network infrastructure both deployments of 4G and 3G networks (older) that have allowed the people in their developed areas who can allow it to their smart mobile phones as video broadcasting system and as mobile television. Some of the people underlying and staying connected all the times, whenever they at the workplace, via a home network, via public WiFi hotspots or smartphones.

3. Difficulties faced by the service providers (include Google)in expanding their residential fiber optic cables Internet service due to increased competition and installation cost from other broadband providers.

4. Even though the 4G LTE mobile network was not reached by many parts of the world, the industry of telecommunication has been hard working on the development of their next-generation “5G” cellular communication Technology.

5. This 5G intense to boost up the speed of the mobile connections dramatically. Exactly how many customers were in need of this 5G connection and to go.

6. When 4G was initially being developed, companies have not waited and they do not feel shy to an advertisement about the 5G efforts.

7. It might be tested in the laboratory by prototype versions of some elements then it may be standard 5G consumers were also interested in the promise of signal coverage with 5G. 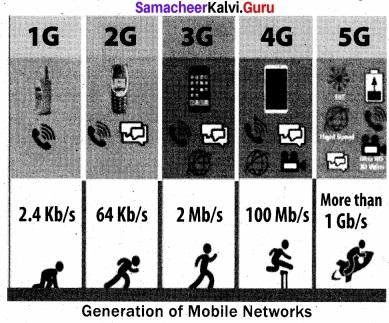 1. Artificial intelligence will help to maintain, manage, and protect it. Now the networks were monitored by an algorithm that enables anomalous build-ups of traffic and activity which may be the result of nasty activities such as (DDoS) Distributed Denial-of-Service attacks and attempted hacks.

2. This Artificial Network powering algorithms will become the most intelligent; it might find faster and reliable methods of anticipating threats and cleaning networks.

3. Artificial intelligence able to be better predict traffic as it collects and analyzes data in real-time, some of the network managers were better prepared for big events such as the World cup, Olympics, Valentine’s Day, which often put on the Internet under pressure.

Networks in home:
Network at home plays the main role to access all such as

The usefulness of Social Networks
Besides being a fun place to meet and relax with people, social networking leads us some extremely useful benefits to their individuals and communities:

I. Choose the Best Answer

Question 7.
Who is the founding father of the Internet?
(a) Vint cerf
(b) Bob Frankston
(c) Danbricklin
(d) Laerence Robert
Answer:
(a) Vint Cerf

Question 35.
When the people with different opinions get together online, then that generate personal attacks called ……………………………
(a) Flame War
(b) blue war
(c) Black war
(d) Netwar
Answer:
(a) Flame War

Question 2.
Write a note on E-Banking?
Answer:
E-Banking plays an important role in our day-to-day life, via Internet it can be accessed anytime, anywhere 24/7.
The speed and efficiency was very much better than that of done by counter at bank.
Nowadays online payment were done via the Internet to avoid standing in the queue at the office to pay bills with very low action fees.

2. It allows all kind of programs, equipment’s and available data to anyone via network to irrespective of the physical location of the resource of them.

3. Simply resource sharing is sharing such as printers, scanner, PDA, fax machine, and modems. For example, many computers can access one printer if it is in networks.

4. Write note on Software or data sharing.
Using computer network, application or other software will be stored at central computer or server. We can share one software from one to another. It provides high reliability source of the data.

For example, all files can not be taken backup or duplicate on more than one computer. So if one is not unavailable due to hardware failure or any other reason, the copies can be used.

Question 5.
Write a note on e-market or online shopping?
Answer:

Membership.
Social nets all generally require users to register names and accounts to avoid duplicates and secrecy. so many public networks offer free registration, but some charge fees for their premium services. Private networks (such as BANK ACCOUNT HOLDERS groups) restrict registration to people who meet certain eligibility criteria.

Frequent return visits.
A healthy social net takes centers around a base of members who check in regularly to contribute theirs and also for new updates.

Human relationship building.
The common goal of most social networks is allowing interactions that build stronger connections within communities of people.