Answer all the questions.
Choose the most suitable answer from the given four alternatives.

Question 1.
Choose the disproportionation reaction among the following redox reactions.

Question 14.
In the reaction

Question 15.
Which of the following binds with haemoglobin and reduce the oxygen-carrying capacity of blood?
(a) CO2
(b) NO2
(c) SO3
(d) CO
Answer:
(d) CO

Question 17.
Give the general electronic configuration of lanthanides and actinides.
Answer:

Question 19.
What are the limitations of the thermodynamics?
Answer:

∴ To prepare 500 ml of 6% v/v solution of methanol 30g methanol is taken in a 500 ml standard flask and required quantity of water is added to make up the solution to 500 ml.

Question 23.
How will you convert n-hexane into benzene? ,
Answer:
Alkanes with six to ten carbon atoms are converted into homologous of benzene at higher temperature and in the presence of a catalyst. This process is known as aromatisation.

Question 26.
Explain the periodic trend of ionization potential.
Answer:
(a) The energy required to remove the most loosely held electron from an isolated gaseous atom is called as ionization energy.
(b) Variation in a period.

Ionization energy is a periodic property.
On moving across a period from left to right, the ionization enthalpy value increases. This is due to the following reasons.

Because of these reasons, the valence electrons are held more tightly by the nucleus. Therefore, ionization enthalpy increases.

(c) Variation in a group
As we move from top to bottom along a group, the ionization enthalpy decreases. This is due to the following reasons.

Question 32.
How will you prepare propyne using alkyene dihalide?
Answer:

Question 33.
Explain how the oxides of sulphur pollute the atomospheric air? Give its harmful effects.
Answer:

Answer all the questions.

4. Penetrating power of subshells s, p, d and f: The s-orbital penetrate more closely to the nucleus as compared to p-orbitals. Thus, electrons in s-orbitals are more tightly held by the nucleus than electrons in p-orbitals. Due to this, more energy is required to remove a electron from an s-orbital as compared to a p-orbital. For the same value of ‘n’, the penetration power decreases in a given shell in the order, s > p > d > f.

(ii) Gypsum is a soft mineral and it is less soluble in water as the temperature increases. This is known as retrograde solubility, which is a distinguishing characteristic of gypsum.

(b) (i) Consider a general reaction in which all reactants and products are ideal gases.

The equilibrium constant kc is

Based on the above expression, the partial pressure of the reacants and products can be expressed as, 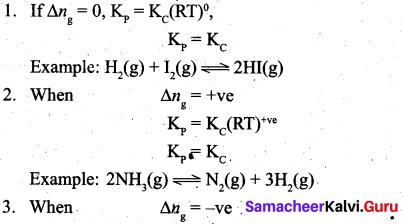 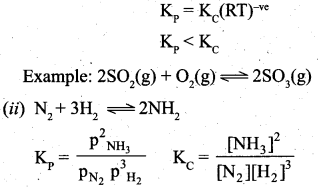 (ii) Covalent bonds are directional in nature and are oriented in specific direction in space. This directional nature creates a fixed angle between two covalent bonds in a molecule and this angle is termed as bond angle.

Step-2: Attack of the electrophile on benzene ring to form arenium ion. 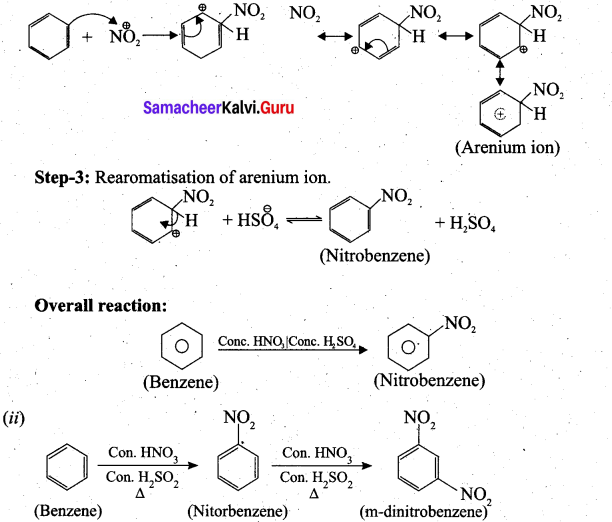 Question 38.
(a) Complete the following reaction, identify the products.